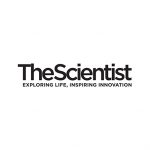 When brain cells fire rhythmically and in sync, they produce waves, which are categorized by their firing frequencies. Delta waves (1.5 Hz to 4 Hz), for example, are produced during deep sleep, theta waves (4 Hz to 12 Hz) occur during running and deep meditation, and gamma waves (25 Hz to 100 Hz) are associated with excitement and concentration. Disruption of gamma waves could be a key contributor to Alzheimer’s disease pathology, according to a mouse study published today (December 7) in Nature. And the restoration of these waves, researchers propose, may one day be an option for Alzheimer’s disease treatment.