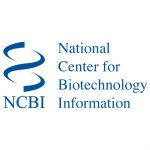 The present paper presents data from ten patients suffering from mild to moderate Alzheimer’s disease (AD), all of whom were trained to use an interactive computer-based program. Using photographs of the patient and his or her personal surroundings, an everyday task of relevance to the patient was simulated on a PC-touch screen, which the patient was trained to operate. After three weeks of training (three to four sessions a week), the patients needed less help in performing the programs, they became faster, and eight out of ten made fewer mistakes. The results were most pronounced in patients with a poor performance at the beginning, and there was no difference between early-onset (EO) and late-onset (LO) AD patients. Although the training was generally well received, there was no evidence of a general cognitive improvement, and it remains an open question whether the results achieved with PC training can be transferred to real-life situations.