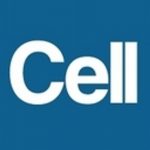 Scientists found that when mice engineered to exhibit Alzheimer’s-like qualities were exposed to flickering lights and 40Hz sounds for one hour a day, their brain functions improved and toxic levels of Alzheimer’s-related proteins diminished. In addition, the 40Hz sound appeared to improve cognitive and memory skills.
Light and sound delivered at a certain frequency —40 flashes or clicks per second — appear to restart the natural 40Hz gamma rhythm of the brain, which is disrupted in patients with Alzheimer’s. This gamma rhythm is essential for local neuronal communication and is associated with concentration and cognitive activity. Neurons in the cortex usually work in groups and are a bit analogous to a musical orchestra. When music instruments synchronize we hear a pleasant melody, but when they desynchronize we hear a cacophony of sounds a little like the tuning up of an orchestra. Similarly, when there is no normal brain rhythm, neurons fire out of sync and cannot generate coherent group decisions.
The improved 40Hz brain gamma waves appear to increase activation of immune cells that became more efficient at chewing up the harmful proteins that form plaques and tangles in Alzheimer’s brain. The 40Hz sound also improved brain blood vessels, further helping clear the toxic proteins. Most importantly, these combined effects of light and sound extended to the prefrontal cortex, which probably explains significant improvement of the cognitive functions.
Experiments also showed that without the light or sound stimulation, results faded in about a week, indicating that Alzheimer’s patients might need to be treated regularly.