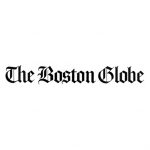 Experimental drugs from some of the world’s top pharmaceutical companies have so far failed to halt the march of Alzheimer’s disease, a neurodegenerative disorder that gradually robs people of their memory and cognition.

Now scientists are trying an audacious approach that doesn’t involve medicines of any kind: They’re using LED beams to disrupt gamma waves in the brains of lab mice, hoping to reduce the buildup of beta amyloid plaque — a substance widely thought to contribute to Alzheimer’s.