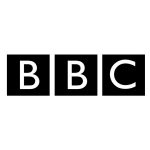 A flashing light therapy might help ward off Alzheimer’s, say US scientists after promising trials in mice.

The Massachusetts team found shining a strobe light into rodents’ eyes encouraged protective cells to gobble up the harmful proteins that accumulate in the brain in this type of dementia.

The perfect rate of flashes was 40 per second – a barely perceptible flicker, four times as fast as a disco strobe.

The researchers say the approach should be tested in humans.

They are already seeking permission from the US regulator, the Food and Drugs Administration, and have set up a commercial company to develop the technology.